Kale- Is it Still a Superfood? 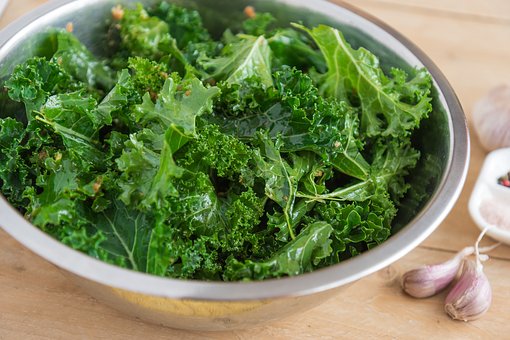 To eat or not to eat- Kale. This amazing superfood is full of all kinds of amazing goodness- that is if it comes straight from Mother Earth. Kale has now moved to #3 on The Dirty Dozen List. I bet you wonder why?

Every year the environmental working Group releases a report called The dirty dozen and the clean fifteen. This nonprofit spends all their time and efforts reporting toxicity in our world.  A major undertaking is testing and reporting the most toxic fruits and vegetables in the USA. Here is what they found about kale:

Nearly 70 percent of the produce sold in the U.S. comes with pesticide residues, according to EWG’s analysis of test data from the Department of Agriculture for our 2019 Shopper’s Guide to Pesticides in Produce™.

The most surprising news from the USDA tests reveals that the popular health food kale is among the most contaminated fruits and vegetables. More than 92 percent of kale samples had two or more pesticide residues detected, and a single sample could contain up to 18 different residues. The most frequently detected pesticide, found on nearly 60 percent of kale samples, was Dacthal, or DCPA – classified by the Environmental Protection Agency since 1995 as a possible human carcinogen, and prohibited for use in Europe since 2009.

Overall, the USDA found 225 different pesticides and pesticide breakdown products on popular fruits and vegetables Americans eat every day. Before testing, all produce was washed and peeled, just as people would prepare food for themselves, which shows that simple washing does not remove all pesticides.

The USDA had not tested kale for almost a decade. But even as its popularity as a food rich in vitamins and antioxidants has soared, the level and number of pesticide residues found on kale has increased significantly. EWG’s analysis places kale third on this year’s Dirty Dozen™, our annual ranking of the fruits and vegetables with the most pesticides.

Each of these foods tested positive for a number of different pesticide residues and contained higher concentrations of pesticides than other produce. Key findings:

Different fruits and vegetables can have vastly different levels and numbers of pesticides detected on the crop. All research agrees on the health benefits of a diet that includes fruits and vegetables, and eating fresh produce – organic or conventional, as budget allows – is essential for health.

The Shopper’s Guide is a resource designed to help you reduce your pesticide exposures as much as possible by indicating which produce to buy organic, and which conventional products are low in pesticide residue. That’s why we also analyzed the USDA data to produce the Clean Fifteen™, our list of the fruits and vegetables that have few, if any, detected pesticide residues.

So- the bottom line is anything listed on The Dirty Dozen is a deal breaker. these items must be organic or they are more harmful than good.