Let us talk about Lettuce!

By Dana Farrell May 3, 2018 Super Foods
No Comments 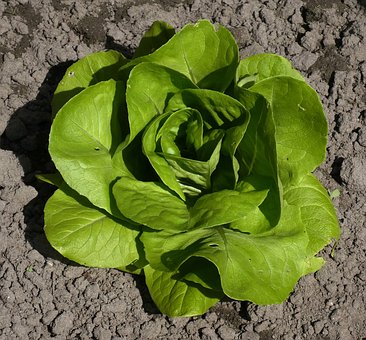 Its so basic yet so healthy if you choose the right kind. Yes folks- that would be lettuce.

Its a vegetable that we take for granted and don’t give much press- I’m going to change your mind!

Lettuce has been grown for more than 2500 years. It has been grown mostly in the northern hemisphere. Grown wild over and prized for its large edible leaves which are very refreshing in salads popular with the Greeks and romans for the milky juices they exude when cut. Cultivated lettuce

originated around Asia minor, Iran and Turkistan. Lettuce is an annual crop belongs to the family Compositae or sunflower family and genus Lactuca and species Satuva.  Today only a few varieties find their way to the market, but many more varietal seeds are sold for garden. The most common is Head lettuce, of which there are two types Crisphead and Butterhead, also called Iceberg and Webbs- Wonder, is common in United States and becoming well known in Europe. Lettuce was introduced in France in middle ages some think by Rabelais who is said to have brought back seeds from Italy.
But why should we eat this wonderful veggie? Here is what Organic Facts has to say:

For thousands of years, this leaf has been cultivated as more than a vegetable. It was also thought to possess medicinal properties by ancient people. The health benefits that have been confirmed by modern scientific research include the following.

Neurons are brain cells that form physical connections to make up memory. The death of neurons in particular connections or circuits can result in the loss of memory. In some extreme cases, significant neuronal death can result in the onset of diseases like Alzheimer’s. The extracts from lettuce showed considerable control of neuron cell death due to its role in glucose/serum deprivation (GSD). The research also mentioned that lettuce has the potential to be used in neuroprotection as a common remedy for neurodegenerative diseases.

Lettuce can be beneficial in lowering [5]  high cholesterol levels that often lead to cardiovascular diseases and other dangerous conditions. High LDL cholesterol levels are harmful and can cause heart attack and stroke. A study was conducted on mice to test the impact of lettuce consumption on fat and cholesterol. The results indicated a significant reduction of cholesterol levels compared to mice that weren’t fed lettuce. Lipid peroxidation was observed in most cases, which was concluded to be responsible for this form of cholesterol control.

Studies [7] have shown that lettuce possesses antioxidants with significant free radical-scavenging capabilities. Antioxidants are a wide range of biochemicals mostly found in our diet; they are also very necessary for human health. Antioxidants act as barriers to free radicals, which are produced during cellular metabolism. These free radicals attack healthy tissues, cells, and the DNA inside them. They can often cause healthy cells to mutate into cancer cells. The result is the development of various diseases. Antioxidants, on the other hand, counteract these free radicals and neutralize them before the free radical attacks take place.

The latex of lettuce possesses [8] antimicrobial properties. Candida albicans and a number of other yeasts were completely deformed upon coming into contact with the latex from lettuce. Biochemicals that are considered to possess these antimicrobial properties are the terpenes and cardenolides, as well as enzymes like glucanases.

Lettuce leaf extracts can control certain types of cancer. Research [10] on human cancer cells, particularly leukemia cells and breast cancer cells, were controlled to a significant extent after being treated with lettuce extracts. The experiments also suggested that the weight ratio of human lettuce consumption required to kill 50% of leukemia cells would be 3 kg.

There are so many great reasons to eat lettuce but if for no other reason eat it because bunnies do- they are so cute!!