Lets talk rice- Superfood or not? 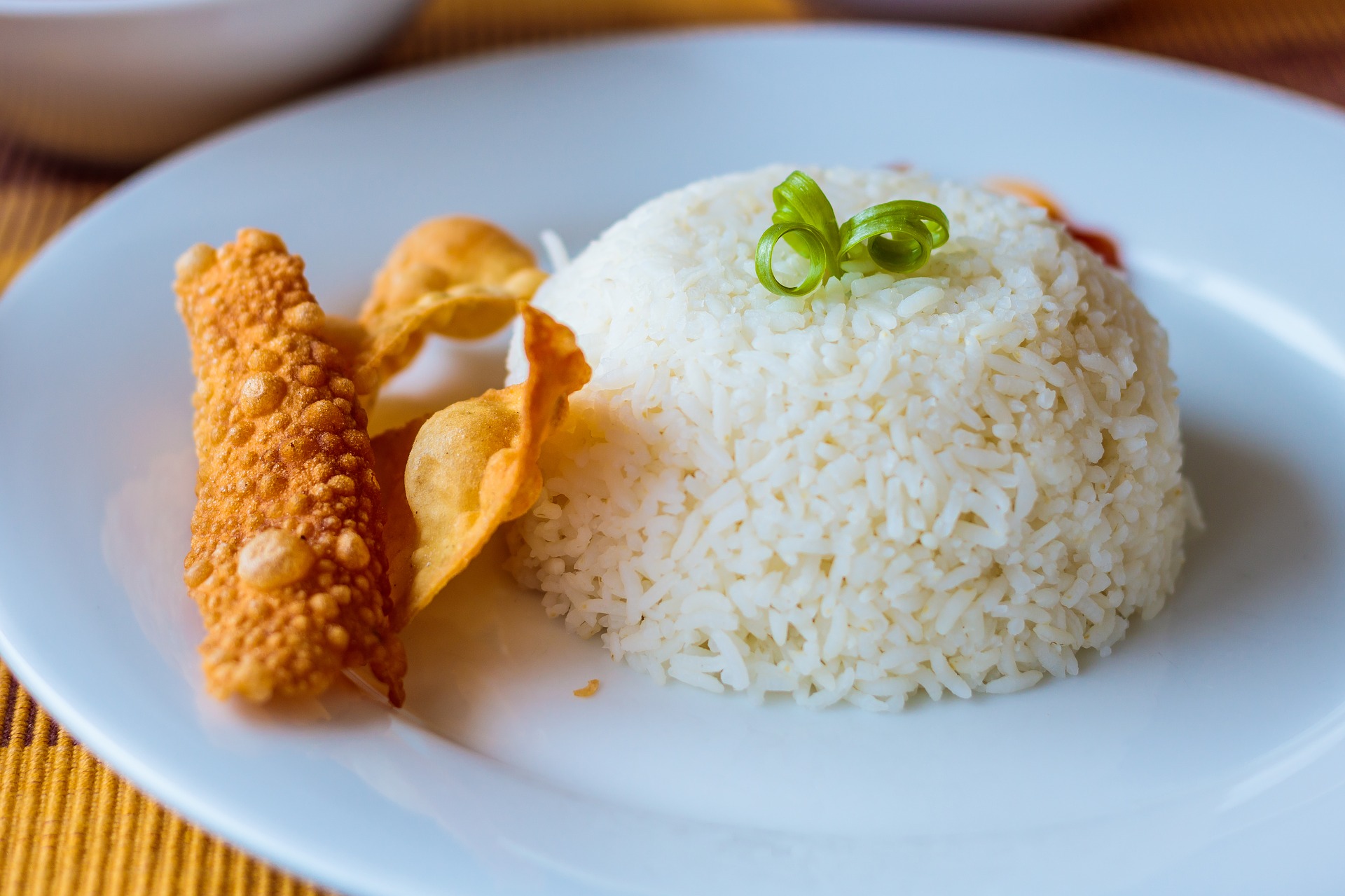 To eat rice or not- that is the question. You can find many different trains of thought on this topic but the most important information is what is the arsenic level? Surprising, huh? There’s a dark side to rice you may not know about.

Here’s what Ocean Robbins has to say in his Food Revolution blog:

Most of the rice today, whether white, brown, wild, organic, or conventional, is tainted with arsenic — one of the world’s most toxic poisons.
How did this basic, wholesome food become polluted? How should you change your cooking and eating habits? Should you give up rice for good?
First, What is Arsenic? Arsenic is naturally present in the environment. This mineral occurs in the Earth’s crust and is found in soil, water, plants, and animals. So maybe you’re wondering: How can it be bad if it’s natural? For one thing, humans have complicated this issue by adding more arsenic to the soil through pesticides and fertilizers. And arsenic exists in two forms: organic and inorganic. In this usage, organic does not refer to a type of farming. It’s a chemistry term. Arsenic combined with carbon is organic and mainly found in plant and animal tissues. On the other hand, arsenic with no carbon (and combined with other elements) is inorganic and mainly found in rocks, soil, or water.

Here’s the main thing you need to know: While the toxicity of arsenic varies widely — and both are considered public health concerns — inorganic arsenic is generally considered more toxic than organic arsenic.
Inorganic arsenic has been recognized as a human poison since ancient times. It’s the type most often used in pesticides and fertilizers. It’s also found in a variety of food. Most of the organic and inorganic arsenic you ingest will leave your body in a few days. (According to a statement made by the CDC and information published by the World Health Organization.)

But some of the inorganic arsenic — the kind of more concern — will remain in your body for months or even longer.
And frequent exposure to inorganic arsenic, even in low doses, can cause health concerns. Small doses can cause:
Stomach aches, Headaches, Drowsiness, Abdominal pain and diarrhea and confusion.
And larger doses create more serious problems. Chickens are often fed arsenic-containing drugs to make them grow faster. But one of the most common food sources of inorganic arsenic is… you guessed it: rice.

Inorganic can even be deadly. In ancient Greece, arsenic was often used as a poison for criminals. A dose the size of a pea was found to be fatal.

Long-term exposure to arsenic has been linked to numerous health issues, including:

According to Consumer Reports, brown rice had 80% more arsenic than white rice. Arsenic, along with many valuable nutrients, tends to collect in rice’s brown outer hull.
Wild rice (technically not a rice but still a grain) may contain less arsenic, but it depends on the water where it grows.

What About Organic Rice?
Organically-farmed rice may contain fewer pesticides, but all rice soaks up arsenic from the soil. So organic rice will have fewer toxins overall. But it won’t likely have lower levels of arsenic unless the soil it grew in was never exposed to arsenic — not even 50 years ago.
Which Rice Has The Least Arsenic?
Basmati rice from California, India, or Pakistan is the best choice, according to Consumer Reports data. These types of rice have about one third of the inorganic arsenic compared to brown rice from other regions.
Rice grown in Arkansas, Texas, Louisiana, and most other U.S. states had the highest inorganic arsenic levels. So it’s best to minimize or avoid rice grown in these areas. You can also check company websites and contact rice companies to see if they conduct independent testing for arsenic levels in their rice. One brand in particular, Lundberg Farms, is transparent about the problems of arsenic in rice. Their CEO wrote a letter about the issue and how the company is addressing it.

These days we have to be informed consumers before we buy or eat. You may not want to opt for the rice next time you go to dinner!