Olive Leaf- Your new one stop healthy must have! 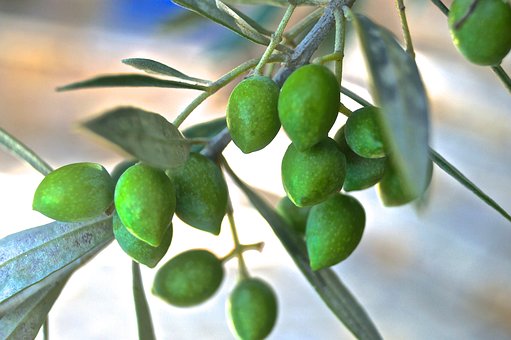 Well-I’ve said it before but here I go again! This is the worst flu season on record and it makes sense. As we continue to over vaccinate, our flu bugs just get smarter and smarter making superbugs. We can’t stay ahead or even keep up. The 2017 flu vaccine proved to be less than 10% effective- that was reported by the CDC in case you think I’m getting radical. My real motive is to educate you. When you educate yourself, you find ways to take responsibility for your own health.

Having said that, let’s talk Olive Leaf! Natural Living Ideas is a great source of information on Olive Leaf. Here is what they had to say:

Just about everyone is familiar with the health benefits of olive oil – the first pressing of oil from olives, referred to as extra virgin olive oil, is not only highly prized among chefs across the globe, but it’s been credited with playing a key role in the Mediterranean diet, known as one of the healthiest diets you can eat. It’s easy to cook with, has a delicious flavor and is quite versatile too.

But another part of the olive tree is less known, yet it provides incredible benefits: the olive leaf. This traditional medicinal herb with therapeutic uses that date back centuries has become popular among health advocates and can be used in a variety of medicinal applications, thanks to its powerful plant compounds that contain natural polyphenolic antioxidants.

One of the primary substances in olive leaf is a compound known as oleuropein, and it’s been attracting the attention of scientists for over 100 years – it offers antifungal, antiviral and antibacterial activities. Lab studies have discovered that the extract of the olive leaf is effective for battling microorganisms like fungi, bacteria, protozoa and viruses, among others that cause a host of diseases.

1. Reducing cancer risk
Olive leaves can play an essential role as part of a natural cancer treatment, as well as reducing the risk of developing the disease. This is due to its ability to stop the angiogenic process, which triggers tumor growth. The substance oleuropein delivers a potent antiangiogenic and antioxidant effect by preventing the reproduction and migration of advanced tumor cells.

3. Fighting off “superbugs”
As you may already know, antibiotics that were once highly effective become ineffective as bacteria mutate and develop a resistance to them. Some bacterial strains, such as MRSA, have become a huge problem in hospitals where they’ve become antibiotic-resistant, earning them the name “superbugs,” and they can be lethal. The good news is that bacteria can’t become resistant to natural antibacterial substances as they’re generally made up of a number of complex substances which all work together to produce wanted results and simple bacteria cannot mutate around them. Olive leaves have been able to resist bacterial attacks for thousands of years. One of the most important benefits of olive leaves is its ability to battle infection, including pneumonia, hepatitis B, meningitis, malaria, tuberculosis, candida, and gonorrhoea. The leaves are even known to fight ear infections, urinary tract, and dental infections.

4. Boosting the immune system
Thanks to its antiviral properties, olive leaves may not only treat dangerous viruses, but it might even be able to help fight off the common cold. Studies have shown that the extracts of olive leaves can battle a host of disease-causing microbes, including some viruses that are known to cause respiratory infections and the flu. Powerful substances that are found in olive leaves work by destroying organisms that invade the body, preventing viruses from replicating and causing an infection. In 2003, a study out of the New York University School of Medicine, even found that treating patients with olive leaf extract was able to reverse many HIV-1 infection-associated changes.

5. Arthritis relief
Arthritis is an inflammatory joint disease known to cause pain and swelling in the joints. As olive leaf offers anti-inflammatory properties, it’s quite effective for naturally relieving the symptoms of arthritis. Its natural anti-inflammatory effects have demonstrated high potency as a NSAID (nonsteroidal anti-inflammatory medication), similar to ibuprofen. The extract of the leaves, as mentioned, is also a well-known immune enhancer with powerful antioxidants, and has been shown in studies to offer beneficial effects on both osteoarthritis and rheumatoid arthritis.

6. Improving brain function and fighting Alzheimer’s disease
It has long been proven that those who follow a Mediterranean diet and keep physically and mentally active, are less likely to suffer from dementia. Olives, in particular, appear to play a key role in this regard, as well as the olive leaf. The olive leaf has been shown to offer powerful effects on brain function. Research has found that one of the main compounds in the leaf, oleuropein, is able to lessen the symptoms or occurrence of brain age-related conditions like dementia and Alzheimer’s disease. The studies have revealed that there is a link between free radical damage and Alzheimer’s and because olive leaves contain high levels of antioxidants, it can help battle that damage caused by free radicals and even protect the brain against memory loss.

At Cuisine for Healing we use Organic Olive Oil in most of our dishes for all the fabulous healing properties I just talked about.

7 Reasons You Should Take Olive Leaf Extract Every Day