The Truth About Sea Salt

By Dana Farrell May 16, 2019 The Health & Wellness Corner
No Comments 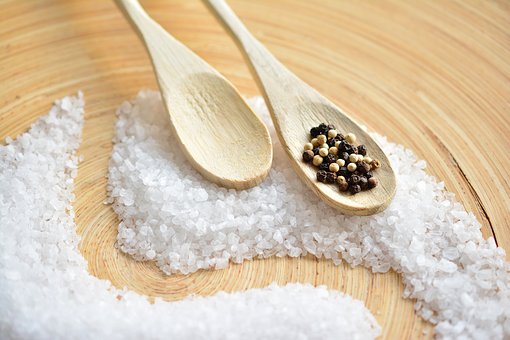 Today in our standard American diet one of the biggest challenges we have is sodium. Unfortunately, it is usually a chemically processed product we are ingesting and that is the problem. I’m not going into the age old debate about whether too much sodium is harmful because I can find articles that are both pro and con, instead I want to sing the praises of Sea Salt but there is a catch. Isn’t there always!

As far back as 6050 BC, salt has been an important and integral part of the world’s history, as it has been interwoven into countless civilizations. Used as a part of Egyptian religious offerings and valuable trade between the Phoenicians and their Mediterranean empire, salt and history have been inextricably intertwined for millennia, with great importance placed on salt by many different cultures. Even today, the history of salt touches our daily lives. The word “salary” was derived from the word “salt.” Salt was highly valued and its production was legally restricted in ancient times, so it was historically used as a method of trade and currency. The word “salad” also originated from “salt,” and began with the early Romans salting their leafy greens and vegetables. Undeniably, the history of salt is both broad and unique, leaving its indelible mark in cultures across the globe.

Most people probably think of salt as simply that white granular seasoning found in saltshakers on virtually every dining table.
It is that, surely, but it is far more. It is an essential element in the diet of not only humans but of animals, and even of many plants. It is one of the most effective and most widely used of all food preservatives.

So, Sea Salt vs Table salt, is there a difference?

Salt has a bad reputation. Doctors often tell patients with high blood pressure, heart disease and other health conditions to reduce or completely eliminate salt from their diets. That’s good advice if table salt is what the patient is consuming. Sea salt, however, is much different from and healthier than table salt. Not only will it not contribute to serious health conditions, it can actually prevent them! Read on to learn more about the health benefits of sea salt and why you should ban table salt from your diet immediately.

The Difference between Sea Salt and Table Salt

Though they look and taste similar, sea salt and table salt are very different from each other. Let’s examine their differences closely:

Table Salt – Table salt is a completely refined, man-made substance produced from crude oil flake leftovers. The refining process not only removes 80% of its natural minerals, it adds harmful chemicals such as:

Sea Salt – Sea salt, on the other hand, is obtained from naturally-evaporating seawater. Unlike table salt, which is chemically heated, sea salt is dried by the sun so no trace minerals are lost in the process. The health benefits of sea salt are directly related to these trace minerals, which are:

These elements are all necessary for the human body to function at its best. Many people do not get nearly enough of these elements on account of a poor diet chock full of nutrient-sapping foods.

Now that you understand a little more about salt and sodium, let’s take a look at the health benefits of sea salt:

You may not think weight loss would be marked among the many health benefits of sea salt, but it is. Unlike table salt, which can cause fluid retention and constipation, sea salt can help you lose weight by acting as a natural digestive aid.

The health benefits of sea salt also extend to relieving the symptoms of asthma and other upper respiratory conditions. It does this by breaking up excess phlegm and reducing inflammation in the lungs.

Unlike table salt, which can raise both your blood pressure and cholesterol, sea salt can actually lower both when taken with plenty of pure water. It can also help regulate dysrhythmia (irregular heartbeat).

Sea salt is also effective in balancing blood sugar, which can aid in weight loss and prevent diabetes.

So what’s the catch? A recent study tested multiple brands of sea salt and they came back showing traces of plastics. Why? That would be the trillions of plastic garbage that end up in our oceans. One brand that tested free of any plastic was Colima Organic Sea salt. This would be a great choice but you do have to order it on the internet.

As you’ve read, sea salt is much healthier than conventional table salt. At CHF we use very little salt,but when we do it is high quality sea salt.