Sourdough Bread- superfood of the week! 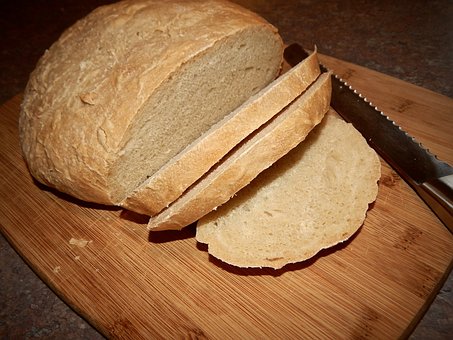 Yes folks- I said the word bread and superfood in the same sentence. Bread gets a bad wrap these days and for a good reason. It can be processed, full of pesticides and preservatives and it can contain gluten which is a known inflammatory substance. But, sourdough bread, made the old fashioned way with organic ingredients, can be healthy! Here is the history of sourdough bread from:

The History of Sourdough Bread

Bread is older than metal; even before the bronze age, our ancestors were eating and baking flat breads. There is evidence of neolithic grinding stones used to process grains, probably to make a flat bread; but the oldest bread yet found is a  loaf discovered in Switzerland, dating from 3500 BCE. The use of leavening was discovered and recorded by the the Egyptians; there is some discussion about how this process happened, and the degree to which there was an overlap between brewing and bread-making, but obviously without a handy time machine it’s going to remain one a debating point among historians of ancient food.

Wild yeast is used in cultures all over the world in food preparations that are so seeped in culture and history that they have been made long before any form of written words.  Until the time of the development of commercial yeasts, all leavened bread was made using naturally occurring yeasts – i.e. all bread was sourdough, with it’s slower raise.  From Egypt, bread-making also spread north to ancient Greece, where it was a luxury product first produced in the home by women, but later in bakeries; the Greeks had over 70 different types of bread, including both savoury and sweetened loaves, using a number of varieties of grain. The Romans learned the art of bread from the Greeks, making improvements in kneading and baking. We have sourdough recipes from seventeenth century France using a starter which is fed and risen three times before adding to the dough. Why choose this bread over others? Here is what Cookus Interruptus has to say:

1. Sourdough improves the texture and palatability of whole-grain and fiber-rich products. Each starter imparts its own unique flavor to the bread, based on the wild yeast and bacteria that inhabit the starter.

2. Sourdough bread contains the bacteria Lactobacillus in a higher proportion to yeast than do other breads. More Lactobacillus means higher production of lactic acid, which means less of the potentially dangerous phytic acid. And what does that mean? More mineral availability (particularly k, p, Mg, Zn) and easier digestion!

3. Easier digestion is made even more possible by the bacteria-yeast combo working to predigest the starches in the grains. Predigestion by sourdough = less digestion for you.

4. Sourdough preparation is more lengthy (soaking, rinsing, etc.), and this longer prep time results in the protein gluten being broken down into amino acids. Again, this translates to easier  digestion, sometimes even for those who are sensitive to gluten.

5. Acetic acid–which inhibits the growth of mold, is produced in the making of sourdough. So, sourdough naturally preserves itself. Pretty neat considering the toxic preservatives thrown into the food supply today.

6. Bread is often avoided by those affected by weight-gain and metabolic syndrome – rightly, perhaps, in the case of industrial white loaves with a high glycemic index (GI). But sourdough LAB produce acetic, propionic and lactic acid (organic acids) that, under the heat of baking, cause interactions that reduce starch availability,  lowering postprandial glycemic responses.

7. Lactic acid bacteria (LAB – including those commonly found in sourdough bread) produce beneficial compounds: antioxidants, the cancer-preventive peptide lunasin, and anti-allergenic substances, some of which may help in the treatment of auto-immune diseases.

8. The integrity of sourdough is so complex that it contains a host of goodness in terms of nutrients. In sourdough, you can find vitamins B1-B6, B12, folate, thiamin, niacin, riboflavin, vitamin E, selenium, iron, manganese, calcium, magnesium, phosphorus, zinc and potassium (okay – some of these in fairly tiny amounts)–in addition to uniquely balanced proteins and fatty acids. Whoa! This is in contrast to most commercially produced breads, which maintain only a fraction of their original nutrient content after all the processing they undergo.

9. Sourdough bread made with wild yeast, bacteria, and whole grain flour is the oldest and most original form of leavened bread. It truly is an ancient art that is crafted in harmony with nature. It’s only natural that we eat it as opposed to other breads.

So fill your holiday bread basket with sourdough!!