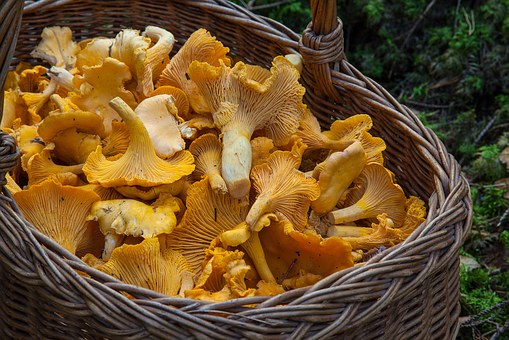 So let’s talk shrooms! Mushrooms seem to be something you either love or hate.

I’m going to do my best to talk you into them because they may be the best thing you’ve ever eaten for your health.

On her website ToriAvey.com, Tori Avey explores the story behind mushrooms in the following exert from her article:

Delicious, deadly, magical, intoxicating, mysterious. Throughout history mushrooms have gained many varying reputations, considered both food and foe. Today it is easy for us to find safe, tasty mushrooms at the grocery store, but it wasn’t always this way. Over the years reckless mushroom hunters have thrown caution to the wind with sometimes fatal results, giving food-safe mushrooms a bad reputation. It’s resulted in two very different categories of people—mycophiles (those who love mushrooms) and mycophobes (those who fear mushrooms).  As we’ve familiarized ourselves with their many different species, mushrooms have become less forbidding.

Mushrooms are often lumped into the vegetable category, though most of us know that they are actually a fungus. Today the most commonly consumed variety is the button mushroom, or Agaricus bisporus, which makes up about 40 percent of the mushrooms grown around the world. These threads, sometimes referred to as “gills,” are responsible for giving mushrooms like portobellos their meaty taste and texture. As air passes through the threads moisture evaporates, giving the mushroom a rich heartiness you can really sink your teeth into.

Western views changed when the French introduced mushrooms into their haute cuisine. It wasn’t long before the rest of the world began to embrace the mushroom. By the late 19th century, Americans were cooking up mushrooms in their own kitchens. Prior to this time, mushrooms were mainly reserved for use in condiments. Inspired by the French, Americans took mushrooms to a whole new level of devotion. Clubs dedicated to foraging, identifying and cooking various varieties of fungi began popping up all over the country. Even today, locally foraged mushrooms are worth their weight in gold… just ask any mushroom hunter in search of morels after a spring rain shower.

Lindsay Oberst from the Food Network Revolution reports the amazing medicinal uses for mushrooms in his recent article:

Mushrooms have a range of extraordinary health benefits for humans

Few people know that humans are more closely related to fungi than to any other kingdom. And that some of the essential molecules mushrooms (a form of fungi) contain have been present in the human diet for so long that our bodies now depend on them — which could be part of the reason why they’re so good for us. Mushrooms are a superfood, one of the most health-promoting foods on the planet, and an estimated 50% of edible mushrooms are considered functional foods, meaning that they have a potentially positive effect on health beyond basic nutrition. Countless scientific studies have revealed a variety of ways mushrooms can be useful in preventing and treating serious health conditions  — and in improving overall health. In fact, research has identified more than 200 conditions that may benefit from mushroom consumption and more than 100 different beneficial effects they can produce for the body.

Studies also find that eating mushrooms can give you impressive immune-boosting benefits. A clinical study conducted at the University of Florida’s Department of Food Science and Human Nutrition found that eating shiitake mushrooms daily improves immunity — in a way that is not found in any currently available pharmaceutical drugs. And common white button mushrooms, as well as other mushroom types, may also have anti-inflammatory power. Eating mushrooms may also help to prevent respiratory infections, according to a 2012 study published in Nutrition. Plus, mushrooms may be able to alter gut bacteria for the better, which could also help treat obesity, according to 2015 study published in the journal Nature.

Mushrooms have a lot of nutritional value with few calories and little fat. They also contain two types of dietary fibers, beta-glucans and chitin, which increase satiety and reduce appetite. In one study, researchers gave people less meat and more mushrooms in place of meat. After just one year, people were healthier, lost a lot of weight, had less diabetes, and their blood pressure and cholesterol went down.

But what mushrooms are best known for and researched is their apparent cancer-fighting powers. Mushrooms contain a class of proteins called lectins, which are able to bind to abnormal cells and cancer cells and label the cells for destruction by our immune system. According to a 2016 article published in Molecules:

Breast cancer is the second most common cancer among American women, so a lot of research has been conducted about the activities mushrooms possess against breast cancer. In one amazing study of 2,000 women conducted by researchers from the University of Western Australia in Perth, women who consumed at least a third of an ounce of fresh mushrooms every day were 64% less likely to develop breast cancer.

Mushrooms and the health of our planet

Mushrooms are good for you. And they’re also good for your planet. As world-renowned mycologist Paul Stamets discusses, mushrooms can potentially solve some of our most pressing and serious problems.

In his wildly popular TED talk, he explains how they can:

So- in a nut shell-eat mushrooms!! Lots of them!!

Check out our menu. We have some dishes with wonderfully delicious mushrooms. Hurry over!!