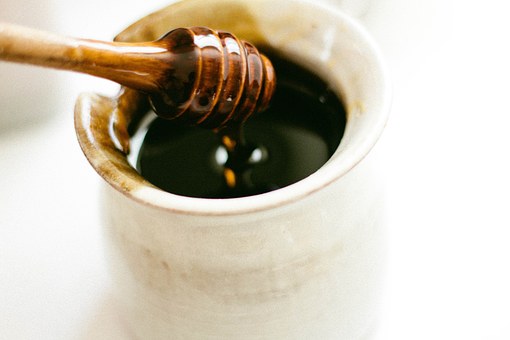 Ok- raise your hand if you have a sweet tooth, love yummy sugariness and can’t wait for dessert.

Well- I’ve got some good news. There are some sugars that have redeeming qualities and molasses is one of them. Where does this treat made by Mother Earth come from?

The English term molasses comes from the Portuguese melaço which in turn is derived from the Latin mel, meaning honey. Melasus (sic) was first seen in print in 1582 in a Portuguese book heralding the conquest of the West Indies.

Molasses was exported to the U.S. from the West Indies to make rum. High taxes were levied on molasses by the British via the Molasses Act of 1733, but the duties were so widely ignored by U.S. colonists that the taxes were reduced in 1764 in hopes more would comply.

Up until the 1880’s, molasses was the most popular sweetener in the United States, because it was much cheaper than refined sugar. It was considered particularly tasty with salt. After the end of World War I, refined sugar prices dropped drastically resulting in the migration of consumers from molasses to white sugar crystals. By 1919, U.S. per capita consumption of white sugar was twice what it was in 1880, with most Americans completely switching from molasses to granulated white and brown sugar.

Why eat molasses? the health benefits are amazing especially compared to refined sugar that are stripped of all there goodness. Yes folks- we can take a perfect food from Mother Earth and reduce it to chemicals, sad but true.

There are 3 types of molasses- light, dark and blackstrap.

Cane Molasses is made in a three-step process that begins with the juice from mature or green sugar cane plants. The juice is boiled to concentrate and crystallize the sugar. The result is called the “first” molasses. The crystallized sugar is removed and the residue is boiled again. The mixture darkens as the remaining sugar is burnt or caramelized. What results is called, “second” molasses. After more sugar crystals are removed, the process is repeated once again. The final or “third” boil produces the dark, concentrated syrup known as blackstrap molasses.

Molasses is a much healthier option than processed sugars making it good for diabetics in moderation. It is also full of vitamins, minerals, potassium, magnesium and calcium making it a superfood. Molasses is also very good at alleviating symptoms of PMS and promoting a healthy nervous system. It builds healthy bones and can decrease acne as well as heal wounds.

Blackstrap molasses is thicker and darker making all the goodness concentrated although it can be bitter. this is a great food to add to your dishes such as baked beans and holiday baking.