SuperFood of the Week- Oregano 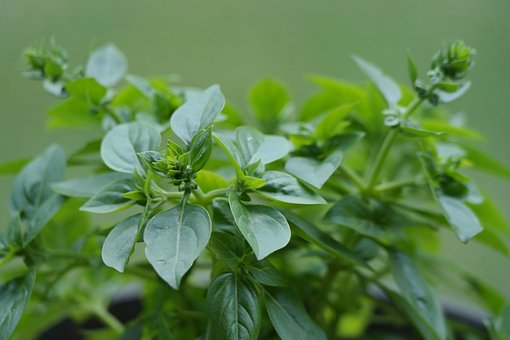 OK- lets talk pizza! I think I did mention that is my favorite food! What have you got to have for great pizza? Oregano!

Common oregano is botanically known as Origanum vulgare, Greek for “joy of the mountains.” It can be found growing wild on mountainsides of Greece and other Mediterranean countries where it is a herb of choice. Also known as wild marjoram, the oregano plant is a perennial which grows up to two feet tall and bears tiny leaves which lend a pungent aroma and strong flavor to a variety of savory foods.

When in bloom, the plant sports pink or purple flowers, which are also edible. Love that! The leaves are used fresh from the plant or dried. Oregano is one of the few herbs that is stronger when dried than when fresh.

Commercially, oregano’s biggest market is in perfumes. Honestly I had no idea- amazing what we can learn about a seemingly ordinary plant.

There are a number of different varieties of oregano. The strongest is considered to be Mexican oregano (Lippia graveolens), which is actually from a different botanical family. Mexican oregano is also known as Mexican marjoram or Mexican wild sage, and if your recipe calls for this specifically, try not to substitute. Spanish (Origanum vivens) and Greek (Origanum heraclites) oregano follow in a depth of flavor. This is why when you go to the garden shop there are a large variety of plants that all look different. even though they are all oregano.

Adding more confusion to the mix is the close relationship between marjoram (Origanum majorana) and oregano, which naturally means they also look very much alike. While its gentler flavor is sweeter and its aroma not quite as pungent, marjoram is often confused with oregano.

But why does the health coach in me love it? Here you go-

Oregano is a rich natural source of vitamin K, an important vitamin that is often overlooked.

This amazing herb contains thymol and carvacrol, two oils which have remarkable bacteria-fighting power. It is also has strong anti-viral properties which makes it a great supplement in the cold and flu season. And if that is not enough, thymol and an acid called rosmarinic are potent antioxidants that oregano offers. Ready for a surprise? Research shows that “…On a per gram fresh weight basis, oregano has demonstrated 42 times more antioxidant activity than apples, 30 times more than potatoes, 12 times more than oranges and 4 times more than blueberries.” The Worlds Healthiest Foods Report January 2017.

I’m just saying- you need to eat some oregano everyday! Let me tell you how.

Try our Cuisine for Healing Organic Spice Mix. We sell it right here! Better hurry and get yours!